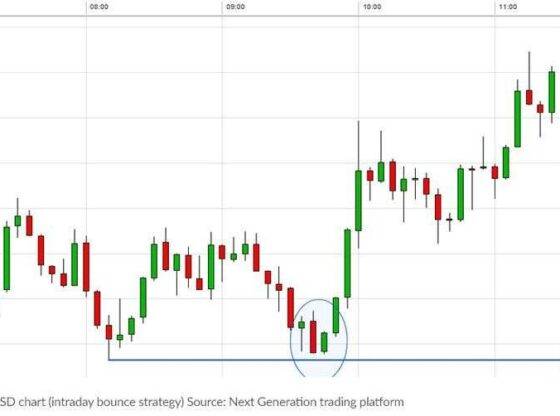 Trading currencies is the most common method of investing in Forex. You will use your initial investment to purchase one currency, and your profit or loss is determined by the change in the value of that currency relative to your base currency. Essentially, you are betting on whether a particular country’s economy will outperform another’s.

The most straightforward strategy for trading currencies involves no skill; it is done simply by buying and selling based on what you “think” the market will do (known as speculation).

However, if you want to trade Forex profitably over time, there are better strategies than “buy low, sell high.” It makes sense to develop a solid forex trading strategy before attempting to invest real money.

There are three main types of Forex trading strategies:

This approach involves examining the inner workings of a country’s financial system to determine whether it will experience inflation or deflation. You can predict the resulting currency fluctuations by evaluating that country’s interest rate decisions, its economic growth rates, and its government bond market value.

You can also use ETFs (Exchange Traded Funds) for fundamental analysis. Certain ETFs rise when other securities fall, so they indicate where other currencies may be headed. It is known as “exchange rate forecasting”.

Forex traders who use this method rely on charting tools such as moving averages, Bollinger Bands, and Fibonacci retracement levels to set their entry and exit points.

It involves tracking different market types (i.e., commodity futures, bonds, and stocks) and using the current values of those markets to predict future currency movements. The thinking is that correlations between countries’ stock prices can determine what currencies will do next. For example, if stock price X always moves in the opposite direction as stock price Y, then it is safe to assume that when one goes up or down, so will the other. This assumption can then be applied to currency trading.

Price Action is a method of predicting currency movements by tracking the number of times specific price levels are passed. Many professional traders believe that past prices act as an indicator of future price movements. For example, if “price” has touched £1.00 four times in the past but never broken below it, then it may be safe to assume that now that £1.00 has been reached for the fifth time, it will likely breakthrough this time instead of dropping back down to £0.90

Social Sentiment involves using social media platforms like Twitter or Facebook to track what people think about certain currencies. If you know how much currency A is worth, then you can use social Sentiment to determine the currency’s true value.

Social media analytics is based on the idea that if currency A is more valuable than currency B on paper, people will be talking about currency A more often on social media. Analysts track “exposure” (how many times certain currencies are mentioned) over time, so they can see how opinions change.

Using volume-based analysis involves tracking the number of trades made for each currency. If there are 100 trades between Currency X and Currency Y but only two trades between X and Z, this could be an indicator that there may soon be more movement from XYZ pairs than XYX pairs. You can then use this type of information to predict future movements in a currency’s value.

Forex trading can be very profitable, but it is perilous and requires training and discipline. If you are thinking of getting into forex trading, consider experienced traders’ advice before investing any real money. Instead, practice with a virtual account until you fully understand the risks and rewards of each strategy. You can gain experience with trading forex.

How to Get a $5000 Loan Through Four Non-Conventional Ways